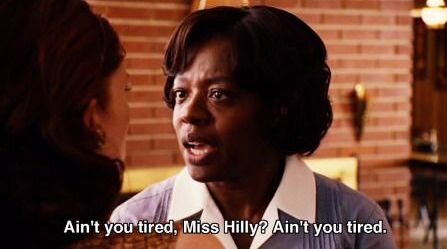 Democracy: A Carbon Copy of Colonization

Following up on my previous post regarding the dominance of extractive relationships, it seems fitting that this post explores the process of “democratization” in the Middle East. This term, and its association with civility, has often been used as a tool in the extractive processes of colonization. The revenue generated by extractive activities, like oil or coal, can then be disseminated in a democratic process ensuring political power and wealth for some nations and citizens with a subsidized version for the rest. Additionally, history shows that coal miner uprisings from industrialized nations have often been suppressed through processes of war and control of oil resources in the Middle East. The intimate relationship between carbon-based energy and the emergence of mass politics and “democracy” is reviewed by Timothy Mitchell in Carbon Democracy.

While Mitchell traces the origins of “democracy” to industrialized dependence on oil and coal-based energy, I think it’s important to note that processes of democratization are not new. In fact, they seem similar, if not the same, to processes of civilization used against Indigenous nations during US colonization. Democratic processes used to maintain political power and occupy natural resources for private wealth have consistently been used across time. Mitchell shares that the focus industrial nations place on the lack of democracy in the Middle East leaves out the important story of oligarch vulnerability to coal miners in the West. This vulnerability alongside democratic forces has the power to justify military intervention in the East, transition dependence away from coal in the West, and ultimately suppress labor uprisings domestically and internationally.

Mitchell’s discussion on the specific political machinery that emerged during this time reveals the processes of political power and private wealth. He points to opportunities of democratization that can be uncovered by “tracing how these connections are built, the vulnerabilities and opportunities they create, and the narrow points of passage where control is particularly effective” (p. 7). In conclusion, Mitchell shares that the possibility of a more democratic future can be realized depending on the political tools chosen during our transition away from fossil fuel.

Unfortunately, this seems like an ongoing story that will never come to fruition if we insist on continuing to depend on and rebrand tools of colonization. Tools that, as Audre Lorde states, will never dismantle the master’s house. In fact, Mitchell points out something I found rather important, division. He points out the artificial nature-society divide we have created, the “experts” monopolizing in various socio-technical fields, and the pursuit to solve uncertainties within these systems. Ironically, Mitchell states that the technical innovations we create to remove these uncertainties are actually their source. This reinforcing loop sets the stage for what seems to be an unending cycle of colonization. In an eery statement, Mitchell refers to innovations like “containing new human-animal strains of the influenza virus, building markets to trade carbon emissions, planting genetically modified crops and isolating and patenting human genes” (p. 238). This is the tired story of the divisive and extractive culture we have created today. The one we have embodied and been captured by. The history repeating that leaves me with just one last thought or quote I should say:

If you have come to help me you are wasting your time. But if you have come because your liberation is bound up with mine, then let us work together” (Lilla Watson)