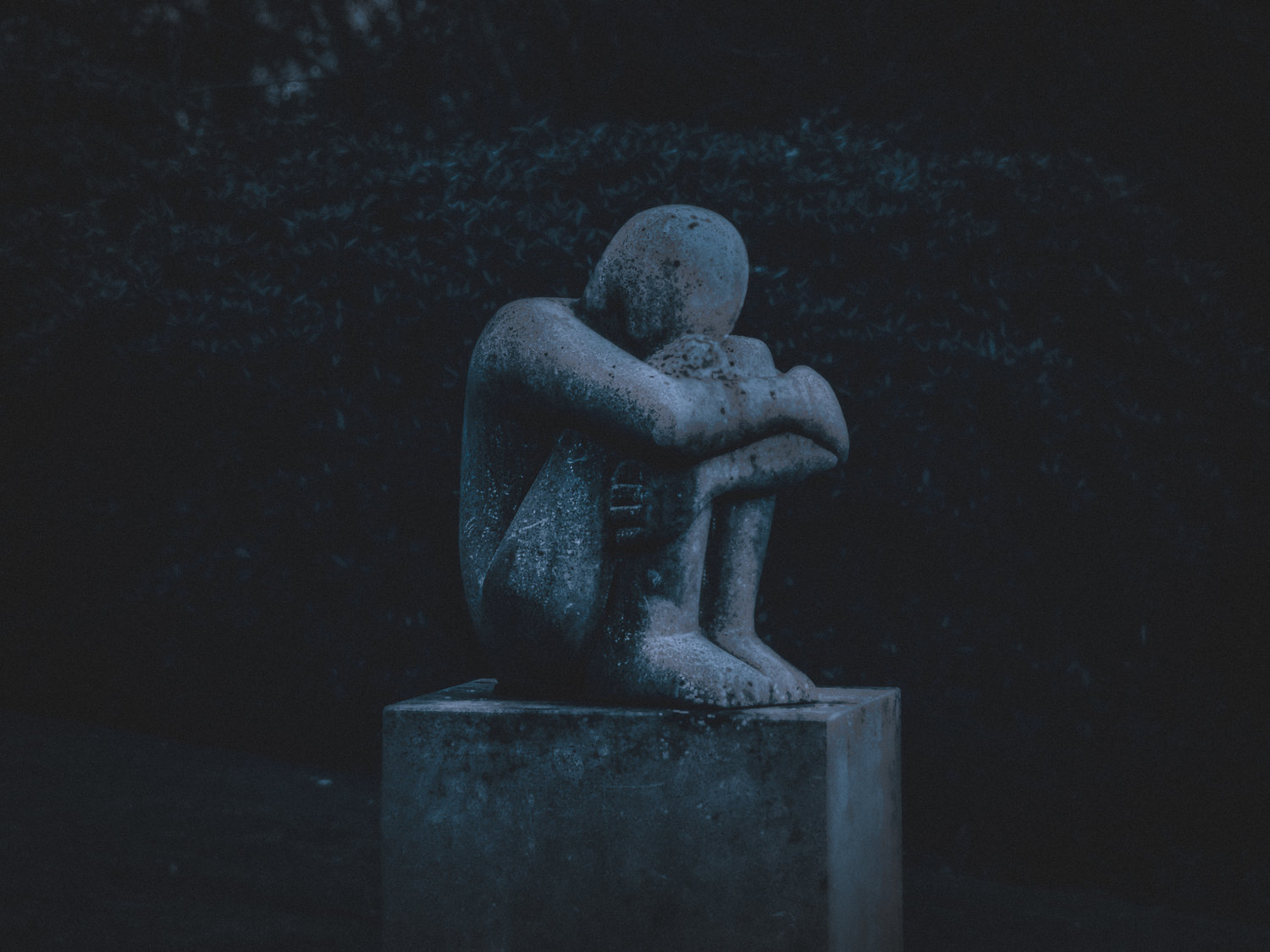 4 years ago in the Amazon jungle my life was transformed as I was hallucinating and vomiting into a plastic bucket, it was exactly the experience I had been hoping for (Rhatigan, 2014).

Robert Rhatigan, a research scientist and former alcoholic, joked as he began his TED Talk. But, it’s no joke. Rhatigan struggled with alcoholism for over 10 years and after years of recommended medication, therapy, alcoholics anonymous support groups, and sheer willpower he remained an addict.

Surprisingly, after years of struggling with his addiction, he states:

After 4 ceremonies in the jungle with a nontoxic nonaddictive psychoactive substance that’s illegal to possess or prescribe in the United States my relationship with a deadly addictive legal drug was over (Rhatigan 2014).

It’s stories like Rhatigans’ that made me write this paper. Why do so many people have to spend thousands of dollars on retreats outside the United States to heal addictive behavior and why are Indigenous plant medicines like Ayahuasca tea illegal in the United States?

Today, access, legal status, possible side effects, recommended treatment and stigma prevent many who suffer from mental distress and addiction from experiencing the reported benefits associated with the medicinal plant-based concoction known today as Ayahuasca. Rhatigan is a prime example that there are many paths to radical healing and that the exploration of plant medicines, such as Ayahuasca, could dramatically alter the lives of many who have not found relief from currently recommended treatment. This paper explores the mental health benefits associated with Ayahuasca and the alarming increased use of antidepressants for mental health in the United States.

Ayahuasca is a Quechua (an indigenous group of South America) term typically translated as “Vine of Souls” and is usually provided in the form of a tea or brew. Ayahuasca tea is prepared by shamanic healers of Indigenous tribes in the Amazon region of South America and has historically been used in ceremonial healing traditions. People from all over the world travel to South America to take part in these ceremonies for Ayahuasca’s reported healing effect.

When you first read about people who come back home addiction and depression free it almost seems too good to be true. These miraculous effects are hard to believe and maybe you’re one of the skeptics who don’t subscribe to these reports, however, with studies on this plant medicine’s psychological and neurological impact, you can start to believe in the miracle without feeling too silly, and thankfully so. The therapeutic benefits associated with Ayahuasca are an invaluable resource that’s greatly needed in the United States. Today, according to the American Psychological Association (APA), depression is one of the most common mental disorders in the United States, and antidepressants, in combination with therapy are listed as the recommended treatment, but how helpful has this treatment plan been?

Depression in the United States

Robert Whitaker illustrates how we arrived at this number in Anatomy of an Epidemic: Psychiatric Drugs and the Astonishing Rise of Mental Illness in America advising:

The percentage of Americans disabled by mental illness has increased fivefold since 1955. (Whitaker, R., 2005).

For reference, 1955 is when Thorazine, known today as the first psychiatric “wonder drug”, was first introduced in the United States. Whitaker continues describing the rise of mental illness in America stating:

The number of Americans disabled by mental illness has nearly doubled since 1987, when Prozac-the first in a second generation of wonder drugs for mental illness-was introduced. (Whitaker, R., 2005).

The cost of “mental health” and the sustained use of prescription drugs in the United States as chronicled by Robert Whitaker and the National Center for Health Statistics reveals the mental health crisis we face today. The increase of depression and antidepressants in the United States of America since 1955 should be cause enough to explore as well as be more skeptical regarding what we use to heal any imbalances in our brains. Sustained use of antidepressants and the rise of mental illness in correlation with the introduction of various psychiatric drugs illustrates the need to investigate various forms of healing.

While current antipsychotics have saved many lives by relieving life-threatening symptoms, it is important to educate ourselves and understand how alternative healing modalities create sustainable mental health. We are already seeing many alternative approaches to healing take shape by those exploring meditation, exercise, diet, and positive psychology. Moving towards these slower commitment-based approaches to healing isn’t necessarily easy within America’s quick-fix culture, however, studies report sustained antidepressant relief.

The symptomatic relief of currently recommended medication is an easy way to exploit those needing and wanting immediate relief. The immediate symptomatic relief pharmaceuticals provide can in certain situations prevent healing and even increase unhealthy imbalances in the brain. This is what makes Ayahuasca so fascinating and powerful. The immediate relief experienced from single-dose administration of Ayahuasca has the ability to rebalance systems within the brain while providing immediate symptomatic relief. Studies on Ayahuasca might enable a more sustainable approach to mental health in the future with regard to addiction and depression as well as improve overall wellbeing.

So, what is Ayahuasca, and how does it facilitate healing?

Ayahuasca tea combines the Banisteriopsis Caapi Vine with the leaves of the Psychotria Viridis bush. The Psychotria Viridis bush contains a naturally occurring substance known as Dimethyltryptamine (DMT). This substance is also produced by our body and can be found in our blood, cerebrospinal fluid, and even our pee. Needless to say, humans are full of DMT! However, an enzyme in our gut known as Monoamine Oxidase (MAO) deactivates DMT and prevents it from reaching our brain. The Banisteriopsis Caapi Vine contains MAOI’s (monoamine oxidase inhibitors). When combined with the Psychotria Viridis bush it prevents our intestinal enzymes from digesting DMT allowing it to reach our brain. What happens next is what many have reported as the miraculous effects of Ayahuasca brew.

Before we discuss these effects, let’s review the legal status and stigma attached to Ayahuasca. DMT is classified in the United States as a Schedule I drug based on the Vienna Convention in 1971. This convention made it illegal to possess bioactive DMT. Plants containing DMT are not bioactive, so they are not necessarily illegal until they are combined in a brew with the Banisteriopsis Caapi Vine. For that reason, Ayahuasca brew, not the plants used to make the brew, is considered an illegal substance. As an exception, Ayahuasca brew has been granted legal status for various religious groups that use Ayahuasca for religious purposes.

Due to its illegal status and drug classification, it’s important to address the stigma attached to Ayahuasca, specifically, addiction. Studies have shown that Ayahuasca is a non-addictive substance. According to Ayahuasca (Doctoral dissertation, Universidade Estadual de Santa Cruz, Brazil),

Studies with healthy volunteers showed that Ayahuasca does not produce tolerance […] no activation of brain areas related to the reward systems was observed – the brain areas activated by drugs with potential for abuse. (Bouso, J. C., et al., 2017).

Not only does Ayahuasca not activate systems associated with addiction, it is also known for treating substance abuse and normalizing the systems involved in addiction. In Ayahuasca: Pharmacology, Neuroscience and Therapeutic Potential, studies reported an

Improvement in alcohol use and cessation of drug use (except cannabis) in two groups of jungle and urban-based Ayahuasca users compared to non Ayahuasca users. These findings were maintained at one-year follow-up. (Domínguez-Clavé, E., et al., 2016).

The long-term healing Ayahuasca provides is a vast improvement in comparison to the sustained use of antidepressants many are subjected to.

While Ayahuasca is often described as a drug, based on its legal status and hallucinogenic effect, it is more accurate to describe it as a plant medicine. Ayahuasca’s’ ability to normalize and restore balance to systems that cause addiction by using our bodies neurotransmitters in a more sustainable manner without crossing the threshold of reward that commonly leads to addiction carries high therapeutic value. This system is described in Ayahuasca and the Treatment of Drug Addiction.

This disentanglement removes the biological barriers that often prevent new healthier patterns from forming. The neurobiological support Ayahuasca provides is oftentimes essential for those stuck in cycles of addiction.

Addiction isn’t the only issue Ayahuasca interacts with. In the study, Antidepressant Effects of a Single Dose of Ayahuasca in Patients With Recurrent Depression, seventeen patients with recurrent major depressive disorder (MDD) were administered Ayahuasca. The study states:

Administration of Ayahuasca was associated with rapid and sustained antidepressive effects. Results were similar across volunteers, regardless of the severity of the current depressive episode. (Sanches, R. F., et al., 2016).

And this finding is not uncommon, in Ayahuasca: Pharmacology, Neuroscience and Therapeutic Potential studies revealed the antidepressant effect of single-dose administration of Ayahuasca stating:

This sustained antidepressant effect I believe is based on how Ayahuasca approaches mental health on a neurobiological level. By rearranging and rebalancing the interaction of the neurotransmitters within our brain we achieve deep insights and the opportunity for sustained healing. Instead of relieving symptoms through reward mechanisms, Ayahuasca stabilizes the reward system process altogether preventing its interference with an individual’s natural wellbeing.

In addition to the internal homeostasis experienced, multiple studies have also reported an increase in mindfulness, which perhaps is also responsible for the sustainable antidepressant effects of Ayahuasca. In an exploratory study using the Five Facets Mindfulness Questionnaire the administration of Ayahuasca for twenty-five individuals resulted in

Decentering reduces an individual’s identification with thoughts and emotion creating a healthy distance and increase in emotion regulation. It’s possible that this effect has a protective quality for those experiencing depression or suicidal ideation because it reduces the impact and danger of cyclical negative thoughts and emotions.

An increase in mindfulness is one of the many interesting benefits associated with Ayahuasca. There are still so many unknowns and concerns to address regarding the use of Ayahuasca in the United States. Is it for everybody? Are there negative side effects? These questions and many more should be addressed, and I think I can start by saying that, no, Ayahuasca is not for everybody. I think what we can learn from the epidemic of depression and even addiction in the United States is that there is no one size fits all, but for those who are unable to experience sustainable healing within current recommended treatment strong plant-based medicines such as Ayahuasca could provide a much-needed alternative cure.